As I mentioned previously, we decided on staying at the Narita View Hotel for a single day at the beginning and the end of the trip. This was a tradition we had developed from a previous stay in Japan because it was a good way to help cushion the transition between countries and ease the jet lag (jisa boke / 時差ボケ) when we first arrived. This is especially because the flight is quite long and Narita Airport is over an hour from Tokyo, although in this trip we arrived at Narita Airport, went to Narita View for a night, then actually returned to the same airport the next day to get a domestic flight to Hokkaido.

I previously wrote about Narita View Hotel in my series of articles about my Japan 2015 trip, but I think this great hotel deserves another article.

One major advantage of Narita View is that it is only around 10-15 minutes from Narita airport. It also has a convenient free shuttle bus which circulates between the airport, a nearby train station, and a shopping plaza. The plaza is called “Aeon”, pronounced ay-on, and has a game center and a Bookoff store with used books, toys, and other odds and ends.

The “View” part of the hotel’s name can be written in Japanese––in a well-crafted instance of wordplay––as 美湯 (byuu), which literally means “beautiful (hot) water”. This naming is quite apt since it highlights the best part of this hotel: the onsen (温泉) baths, which utilize water from a natural hot spring.

If you have never been to a Japanese onsen before, you’re missing out on one of the most relaxing things about this country’s culture that’s such a great contrast to the hectic life of the big cities.

The procedure for getting into this onsen is to first show your coupon (or pay if you don’t have one) at the onsen reception desk, take off your shoes and put them into a tiny locker, and then enter the locker room where you get undressed and store your stuff in a larger locker, taking only your key on a handy wristband, and a small hand towel used to cover your private parts. If you forget the towel, as I did once or twice on this trip, it’s not the end of the world and you will sometimes see other people without towels. But I still highly recommend it, at least for your first time. If you do bring a towel, don’t submerge it in the water; instead, you can either put it on your head or on the rock or tile outside the bath you are getting into.

Once you enter the area with the baths there is a place with lukewarm water and wooden buckets, make sure to use one of the buckets to rinse any dirt off of your body before you enter any of the baths. There is also a row of shower stalls stocked with shampoo, body wash, and conditioner, so you can do a full rub-down before and/or after bath time.

There are several types of baths available, with the selection differing between the left and right onsen areas (be aware that generally which side is for men (男湯）and which is for women (女湯) alternates each day). Here is a list of what is available:

The last three of these are outside, what is called “rotenburo” (露天風呂).

After partaking in the onsens at Narita View several times, I’ve developed my own personal routine which involves alternating between different types of baths, moving around every few minutes. But I’ll let you discover your own that suits your tastes. I’ll just say that the cold water bath is an important part of my routine; unfortunately it is only on one side, though if you miss it in the evening, you can try again in the morning.

But no matter how you spend your time in the baths, you’re likely to experience a new level of refreshment and relaxation far beyond what you can get from a simple hot bath or shower. There are even signs posted near the outside baths with a long list of medical conditions the nutrient-rich waters can help, including sprains (kujiki / くじき), stiff shoulder (gojuu kata / 五十肩), fatigue (hirou / 疲労), and bad circulation (hieshou / 冷え性). However, people with certain medical conditions are prohibited, so before you enter be sure to read the details posted inside the locker room. Technically, inebriated persons are not allowed, though when I was there a group of noisy men were chatting in the locker room about how drunk they were.

Besides the onsen, Narita View has a handful of quality restaurants, like one catering to Japanese food, one to Chinese food, and one that has one of the most delicious and diverse breakfast buffets I’ve ever tasted (white rice, brown rice, curry, eggs, ginger pork, vegetable shabu shabu bar, salad bar, bread, juice bar, coffee machine, eggs, fish, sausage, and a few more items). The buffet is a bit pricey (breakfast for two adults and one child was around 5000 yen), but well worth it if you are hungry. There are some vending machines with a wide variety of foodstuffs (even delicious hot meals), a small but well-stocked convenience store, and a few other random stores like a wedding shop and flower shop.

There is also a coin laundry room in a separate wing of the hotel, and while you do your laundry I recommend taking a walk around the backside of that building where you can find a small chapel and large party area (both empty when we’ve been there, but judging from the number of beer signs in the latter I imagine the events can get pretty crazy). There is a forest behind that area with several connected paths, including one that leads you up and back to the entrance of the hotel. My son and I explored that area and found some interesting bugs and beautiful flowers; the peaceful, immersive sound of the crickets throughout the forest seemed to have a healing quality of its own.

To top things off, the cost of the hotel was very reasonable (around 7000 Yen for a night), at least if you reserve a few months in advance. We only spoke in Japanese with the staff at the reception desk (fronto/ フロント), but due to their location and clientele I would imagine they know at least a little English, and probably a few other languages.

While the rooms we stayed in were cramped compared to American hotels, I would say they were about average for lower-end Japanese hotels. We’ve been to hotels in Japan where you can barely move around in the bathroom and the space between the front of the bed is only a meter or two. The rooms we generally get at Narita View have two small beds (each roughly equivalent to twin size), but there is an extra mattress that can be put between the beds where a child can sleep.

If you page through Japanese travel magazines you’ll find many places to lodge that are significantly newer, larger, and more stylish than Narita View. However, generally those will go for several times more per night. Given all the things Narita View has going for it, I think it’s a great deal, especially for people new to Japan. Here is their website in English.

I am sure we will visit Narita View again to enjoy all the things they have to offer, and I highly recommend you give it some consideration if you happen to be coming to or near Narita airport.

I know that no good travel reporting is complete without pictures, so this time I’ve included a short slideshow of pictures taken while we were at Narita View Hotel. Some of these I didn’t upload to Instagram because or problems with composition, focus, or exposure, but I thought I would at least include them here. 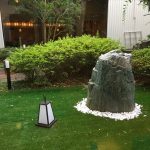 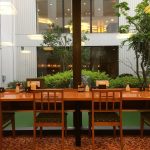 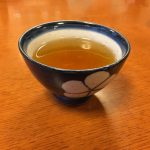 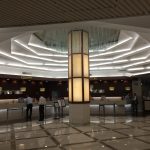 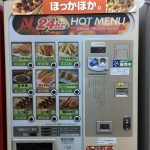 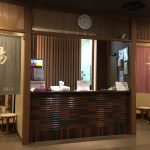 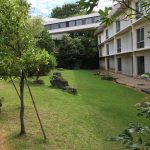 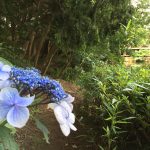 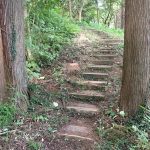 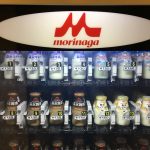 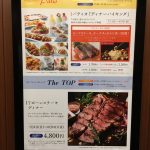 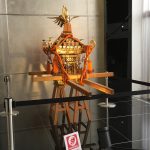 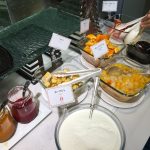 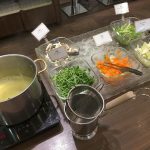 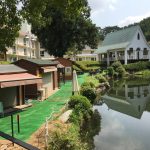 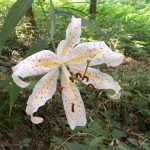 One thought on “Japan Trip 2018 (Tokyo/Hokkaido): Part 3 – Narita View Hotel: A Great Way to Begin and End a Trip (with photos)”